HONORING A LIFE OF SERVICE AND TEAMWORK (February 2010) 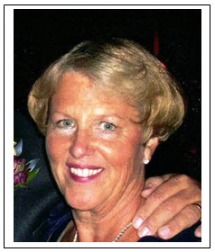 I’m sure everyone in the family is aware that Janet Smith has recently received a special award for community service from the McHenry Chamber of Commerce.  She was chosen by the Chamber because she exemplifies the six pillars of character which embody the Chamber’s criteria.
While she fulfilled the Chamber’s objectives, I want to add just a few more details relating to my avocation.  Janet has always been a huge supporter of the research I have done on the family.  She has helped finance much of the fact-finding and has been an enthusiastic benefactor and patroness.  In fact, Janet has agreed to house my research for the future.  I am eternally grateful that all the records will not be lost.
Although the presentation included mention of Janet as a member of the Daughters of the American Revolution (DAR), I want to add another feature related to her heritage.  She is also eligible to belong to the Colonial Dames of the 17th Century.  This means that not only were her ancestors part of the Revolution but they were in the group that settled in New Haven in the 1600s and built this country from the beginning. In fact another branch of her ancestors was in New Netherlands before the Dutch surrendered to the English in 1664.  So you see she has a very long-standing cultural tradition even before the Revolution.  Plus her German ancestors emigrated to Chicago when it had only 20,000 people.  Historically her background reaches far and wide, and the Chamber's pillar of citizenship is deep-rooted and embedded in her psyche.
Yet there is another facet of Janet’s character which was not included, but is one that I as a family member have observed over many years.  I remember when as a young wife and mother she was an indispensable partner to her husband as he began his steps up the ladder of success in business.  She and John were always a team, just as they had been from high school days through college.  Her encouragement for all his endeavors undoubtedly is one of the same pillars for which she received the award.  So I applaud not only her many individual attributes, but also the spirit of her teamwork.  As well, I applaud John for all the support he has given her endeavors.  The two of them together have earned more than just special awards; both have achieved undeniable noteworthy positions in the community.